This weekend I was at a quilt retreat in Michigan’s thumb, a two-hour drive from my home. The theme was tropical and named, “A Weekend in Paradise.” 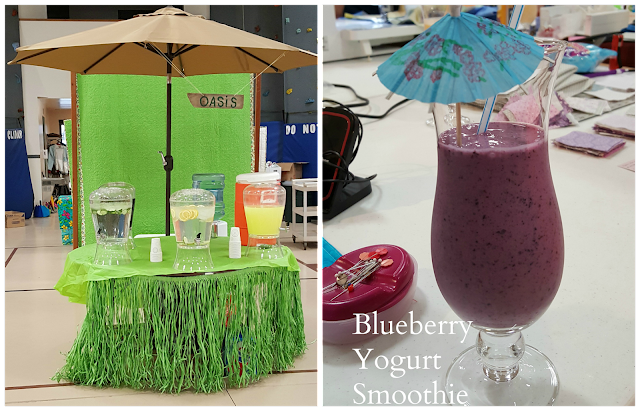 Sounds good. However, mother nature demonstrated that she is in control as this is what was happening outside. Geesh :-( 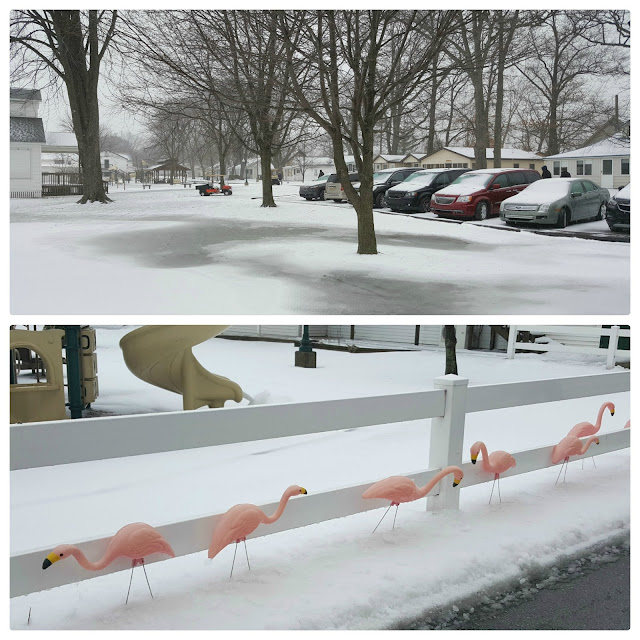 The outdoors did not stop our sewing spirits. Sewing machines were humming, irons were pressing and rotary blades were cutting. Hand stitching was being accomplished also. Personally, I brought along a few prepped diamonds with hopes of picking up English Paper Piecing tips. 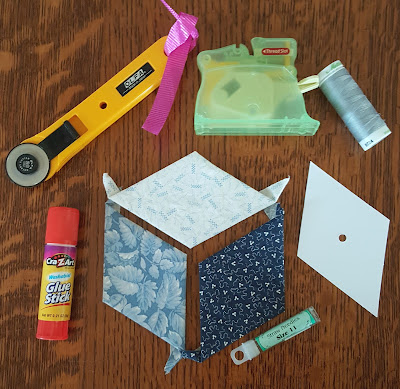 One of my current projects, an 'I Spy' quilt, was on the make-shift design wall at retreat which I enjoy sharing with Small Quilts and Doll Quilts, Love Laugh Quilt, Monday Making and Esther's WIPS on Wednesdays. Esther is a bit under the weather so I am sending Get Well thoughts across the Pond. 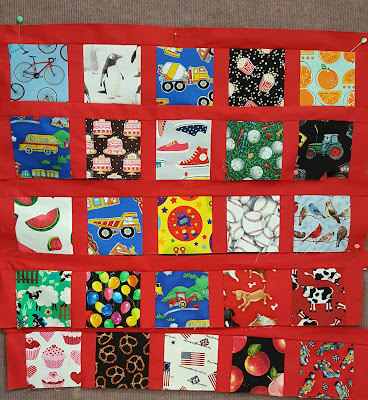 The freezing rain/snow storm continued and roads became treacherous. All quilters were welcomed and encouraged to spend an extra night at no extra charge.  Hmmm.....being snowed in at a quilt retreat is sort of/kind of like a Weekend in Paradise.  ;-)

that was really nice that people were encouraged to stay an extra night because of bad weather - I would have taken them up on that - hope you found the EPP tips!

Yes, it was thoughtful and generous. They also feed us an extra meal from the leftovers. Approximately two-thirds of attendees (including me) took advantage of the camp’s gracious hospitality. Next day’s roads were wet but not icy.

what a fun themed retreat!

Yes, it was a fun-themed retreat and very well planned other than Mother Nature "raining ice" on their parade. Thanks for visiting!

What a fun theme - but nice that it was inside!! ha ha

Very fun! Flowered Hawaiian leis were handed out with an “Aloha” when quilters entered the dining room. We laughed along with mother nature.

LOL being snowed in at quilt retreat sounds a real hardship! Nice I spy quilt and I'm liking your EPP, I see you are glue basting yours, I always baste. Can you re use your templates?

Someday I will get to go to a quilt retreat. I think it is quite amusing that you had a tropical theme with snow outside. 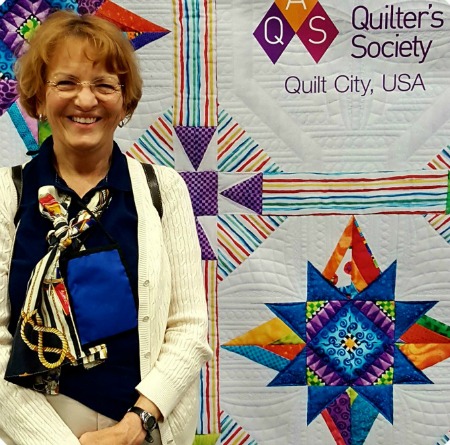